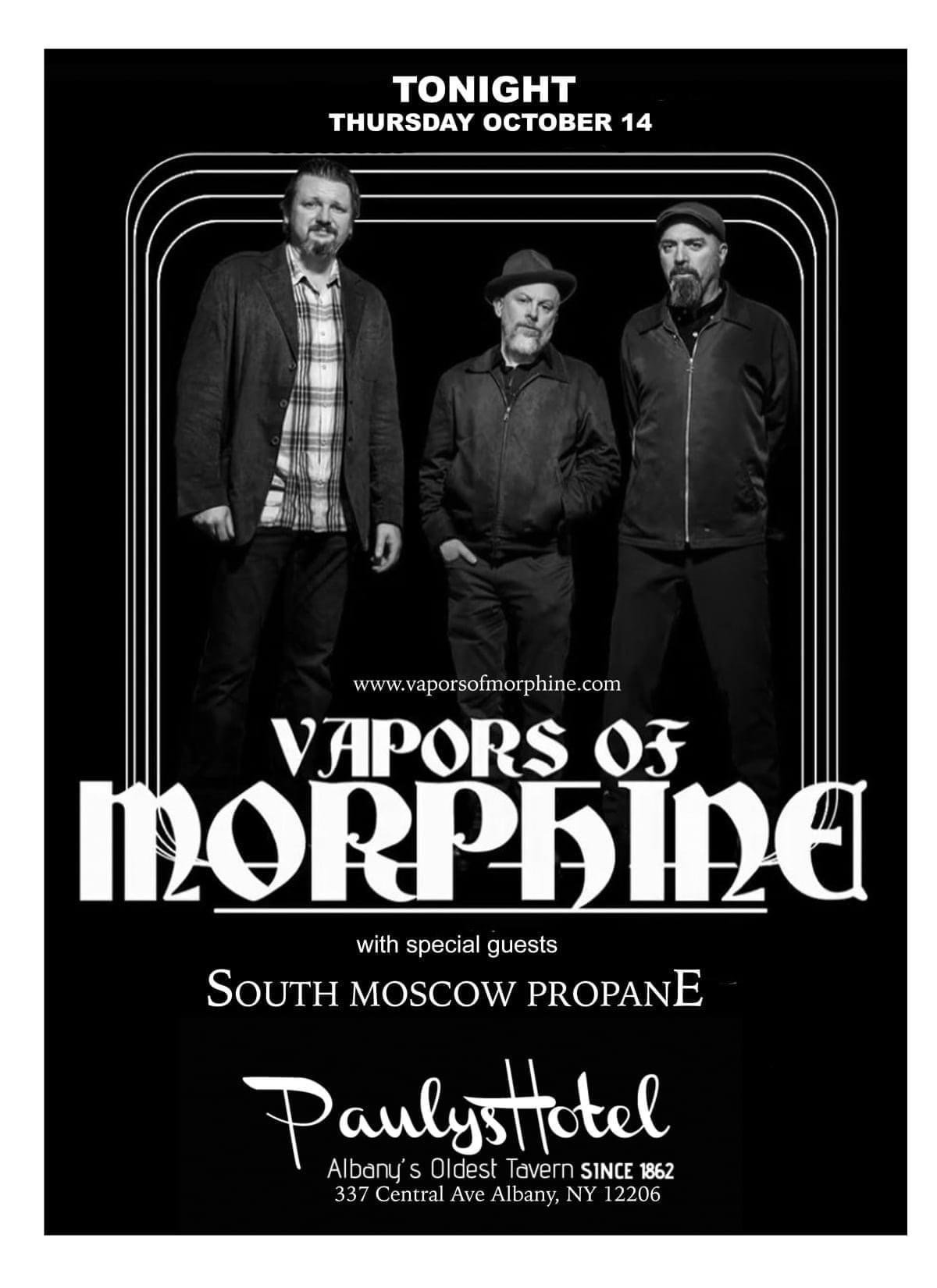 Vapors of Morphine is a Boston-based alternative band with a unique sound and unusual instrumentation, touring the US, South America, and Europe. They were formed by former members of the Low Rock band Morphine.

Morphine veterans Dana Colley (baritone sax) and Jerome Deupree (drums) recruited New Orleans blues guitarist/singer Jeremy Lyons to pick up their late-leader Mark Sandman’s 2string slide bass in 2009. This was for a concert tribute to Mark, who invented the instrument in 1989, and died of a heartache onstage in 1999.

That tribute concert turned out to be just the beginning of more than a decade of music. Alongside Morphine songs Vapors of Morphine play their own dreamy originals and interpret American and African blues traditions. In addition to the 2string bass, Lyons plays guitar, electric bouzouki and the traditional 4-string bass guitar. Dana Colley has in a sense invented an instrument of his own: he plays an electric baritone saxophone processed through guitar effects pedals into Fender Twin amp. The sound is otherworldly.

The band has released two albums, “Ever Expanding Elastic Waste Band” in 2010 and “A New Low” in 2015, with a third album “Fear and Fantasy” coming out on the UK’s Schnitzel Records in 2021.