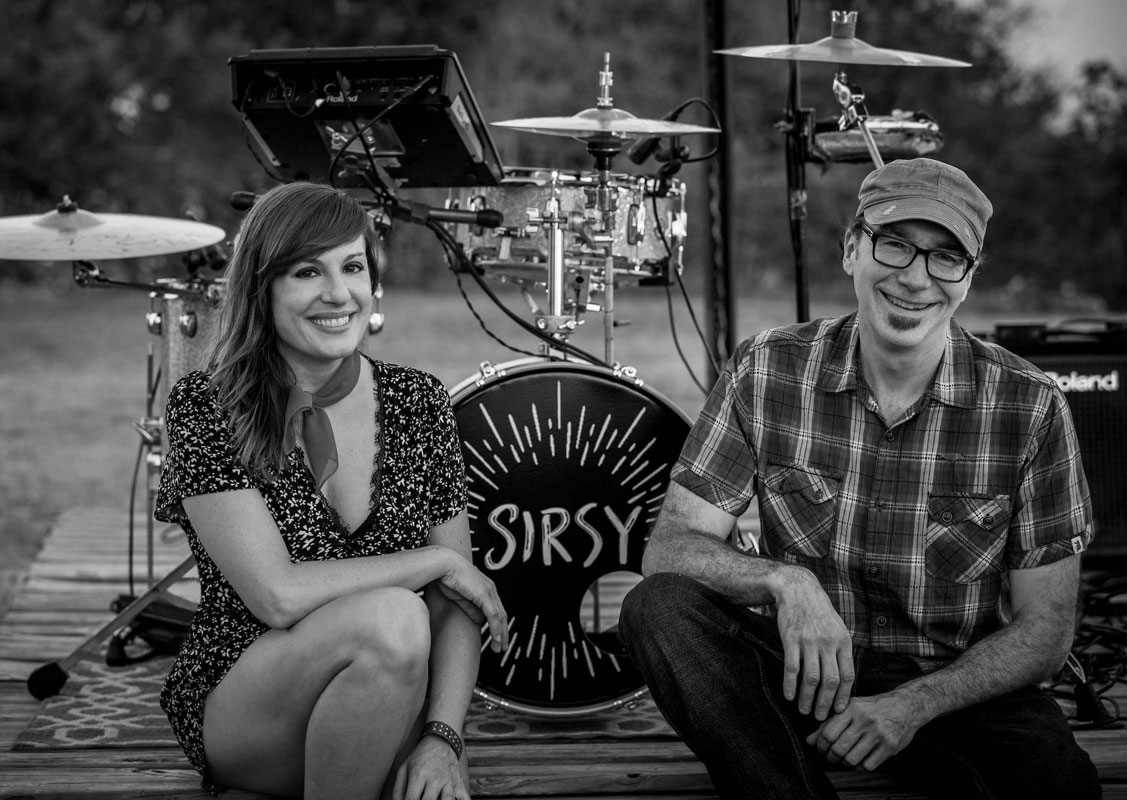 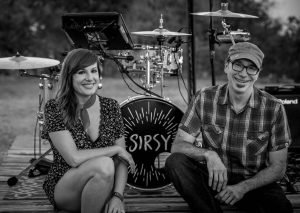 SIRSY is a rock, pop, and soul duo from Upstate NY. They write honest songs, full of sing along melodies, with lots of heart and just the right amount of sass. “It’s edgy-feel-good music that’s fun to watch”. (–The Houston Music Blog).

The Boston Globe calls SIRSY “the little band with the big sound.” SXSW Music Blog says “SIRSY is NOT simply a two piece, the sound they make is a head scratching, WOW!” SIRSY is fronted by charismatic vocalist/ drummer Melanie Krahmer who has “one of the most powerful and flexible voices you’ll ever hear.” (–Times Union) At live shows, Mel also plays bass on a keyboard with her drumstick & throws in a few mean flute solos too. Guitarist, and Mel’s husband, Rich Libutti plays a road worn and well-loved Rickenbacker guitar through a pedal board full of vintage effects. Live, Rich also plays bass on a pedalboard with his feet. So, these multi-instrumentalists manage to sound like a full band, despite there being just two of them. And somehow, they do it all with big smiles on their faces. It’s clear they love what they do. And that love is contagious when you see them live. You can’t help smiling along with them. Their energetic show often includes stories from the road, laughter, dance parties, and even Rich’s nerdy Star Wars jokes.

Every show is a celebration for this couple who cheer each other on through all the ups and downs this life can throw at any of us. That celebratory, fighting spirit has been captured in their latest offering “Like a Drum” (produced by Grammy winner Paul Q. Kolderie). Mel and Rich wrote “Like a Drum” after Mel won her second battle with cancer. SIRSY’s fans took it upon themselves to start a crowd funding effort that helped the band pay their bills during Mel’s treatment and paid for the recording of the record. So, it’s a true labor of love. During the pandemic, Sirsy performed free weekly Saturday Night Live Streams to lift spirits with music and laughter.

SIRSY has toured for a living for 15 years– playing 250 shows each year all over the US and Canada. (They’ve played in every state, except Alaska!) They average about 60,000 miles per year on the road in their little white van “Axl”. They’ve shared stages with: Grace Potter, Maroon 5, Train, Cheap Trick, the Spindoctors, Collective Soul, Brandi Carlile, Shovels and Rope, Adam Ezra Group, & many more. Their song ‘Cannonball’ was featured in Showtime’s hit tv show “Shameless”. Sirsy’s songs have also been featured on PBS, HBO, and MTVu. Mel’s been featured in Modern Drummer & is endorsed by Paiste Cymbals and Vater Percussion.

Join Mel and Rich for a Sirsy show and celebrate life along with them!