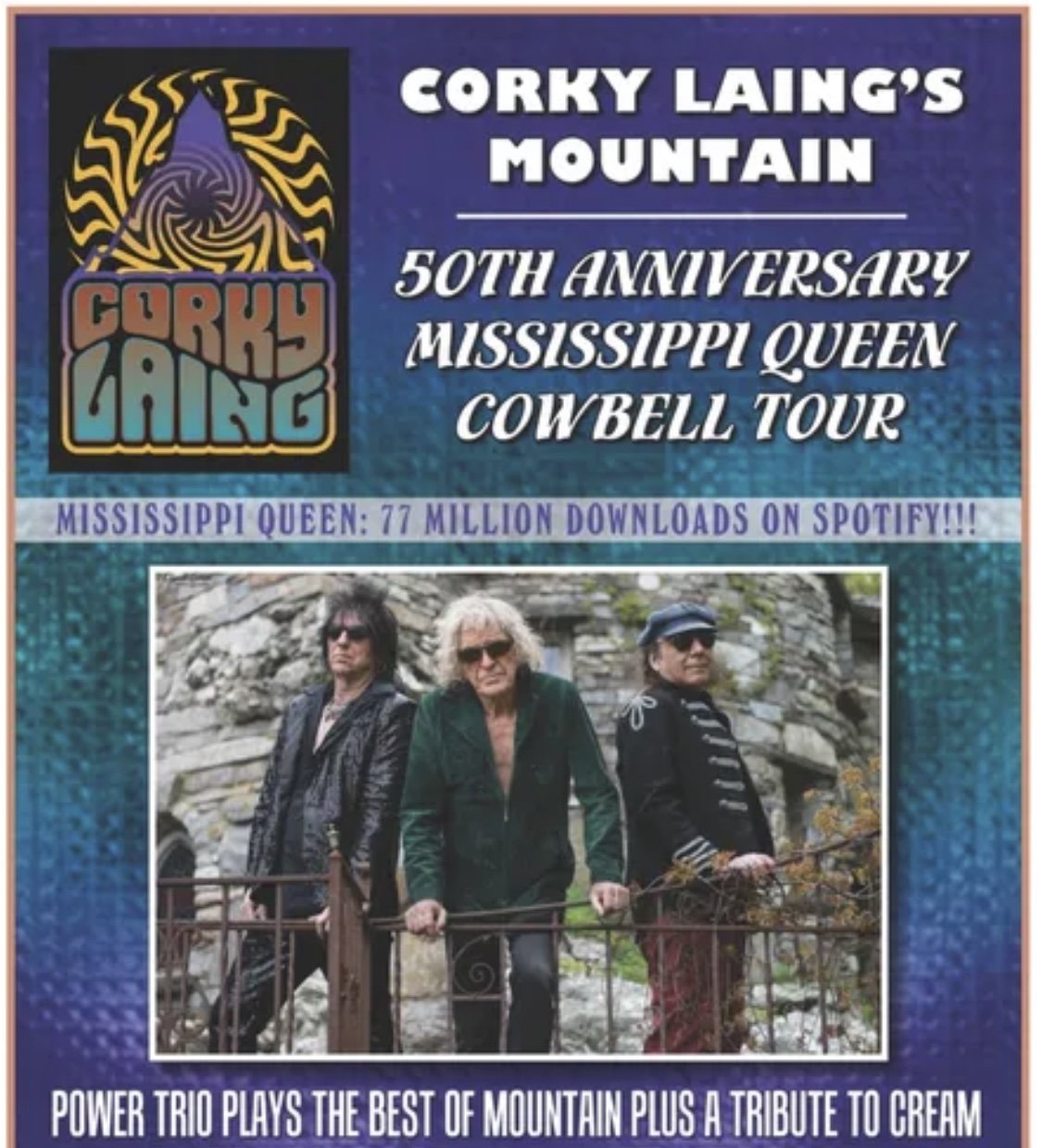 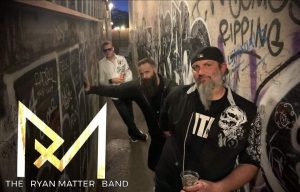 Corky Laing’s Mountain performs the classic Mountain repertoire (Mississippi Queen, Nantucket Sleighride, Never in My Life and others) with unparalleled enthusiasm and energy as it was originally recorded. People who have recently seen the band live, say that the show reminds them of the brilliant Mountain shows in the 70s. The band features the living legend Corky Laing on drums and vocals, who hasn’t lost any of the power and passion he has become known for. He is thrilled to be joined on stage by Richie “the Emperor of Rock ‘n’ Roll” Scarlet on guitar (ex Ace Frehley’s Comet &amp; Mountain) and the multi-instrumentalist Mark Mikel (The Pillbugs &amp; songwriter for Alan Parsons) on bass, keyboards, and vocals. Mountain Climbing! was released in March 1970, and 50 years on, the unmistakable cowbell intro still leads to the killer guitar lick that makes the ultimate rock classic; Mississippi Queen. The 50 th anniversary of the Mississippi cowbell will also see the release of a new vinyl, Toledo Sessions, by Corky Laing’s Mountain and Corky’s autobiography (first 50 years), Letters to Sarah will be featured in book signing events concurrent with the shows.